Saturday (10/4/2021) Center for Sustainable Infrastructure Development (CSID), Faculty of Engineering, University of Indonesia (FTUI) at the suggestion of the Center for Environmental Policy from Bard College New York and support from The Open Society University Network, has held a webinar with the theme Solve Climate by 2030. This event presented well-known speakers who also have concerns on climate issues, among others, Ir. Bambang Susantono, MCP, MSCE, Ph.D who is the Vice President for Knowledge Management and Sustainable Development of the Asian Development Bank (ADB); Dr. Ir. Ruandha Agung Sugardiman, M.Sc who is the Director General of Climate Change Control at the Ministry of Environment and Forestry of the Republic of Indonesia; Yuyun Harmono who is the Manager of the Indonesian Forum for the Environment’s Climate Justice Campaign (WALHI); and Galang Prakasa Yusuf Putra who is the founder of Energi Karya Indonesia. The event was moderated by Mohammed Ali Berawi who currently serves as the Executive Director of CSID FTUI and drg. Baiduri Widanarko who is the Head of the Office of International Affairs at the University of Indonesia.

The webinar event was opened with remarks from the Rector of the University of Indonesia Prof. Ari Kuncoro. On this occasion, he appreciated the holding of the webinar event and also supported the academic community to play a role in increasing the awareness of the younger generation about climate problems. 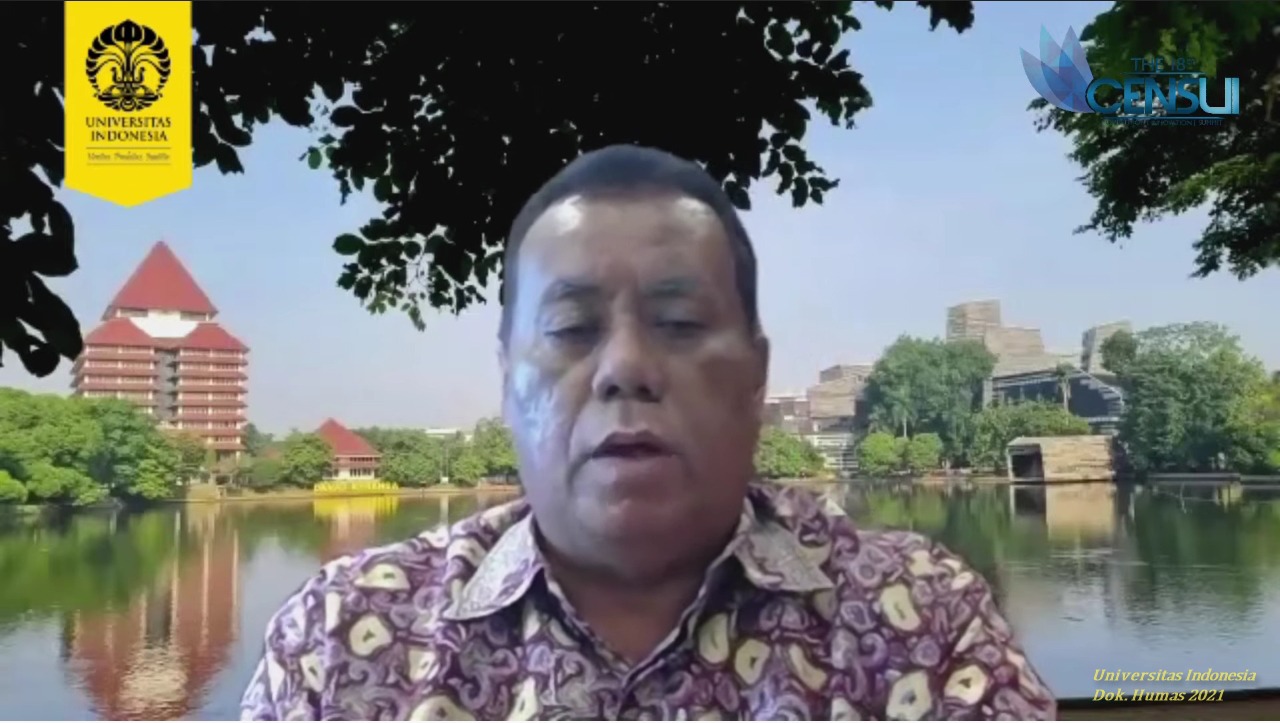 News that was broadcast on antaranews.com reported that in the event Bambang Susantono explained the 2017 ADB research together with the Postdam Institute for Climate Impact Research, Germany, explaining that the research made a model of the impact on thousands of people in Asia Pacific as a result of climate change. The results show that if climate change is not mitigated, 50 percent of crop yields will decrease by the end of this century, especially in rice-producing countries, namely Indonesia, the Philippines, Thailand and Vietnam; the fisheries sector is estimated to lose about US $ 58 billion in the first half of this century due to changes in marine life; and every year as many as 26,000 children under the age of 5 die from malnutrition. Bambang said there are three things that can be done to limit global warming to far below 2°C, namely reducing global emissions significantly by 2030 (32 GtCO2e is lower than the current Nationally Determined Contribution (NDC) target, achieving net-zero emissions at mid-century, and achieved net negative emissions in the second half of this century (2050-2100). He said that ADB has three programs to increase disaster resilience, the first is ADB support to improve environmental sustainability, disaster and climate resilience, and human resource development (including health and gender equality). Second, the ADB program is in line with the National Medium Term Development Plan 2020-2024 and most recently ADB supports disaster risk management and health service reforms and helps manage fiscal risks of future disasters triggered by natural hazards and pandemics. 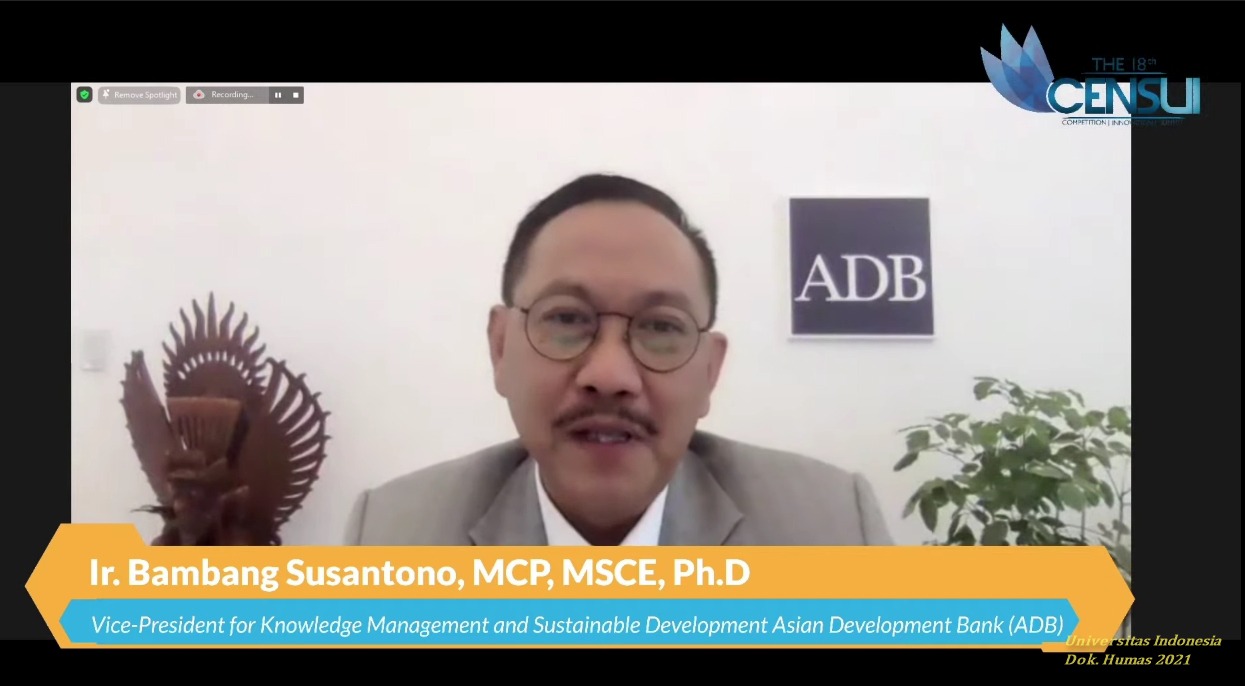 Dr. Ir. Ruandha Agung Sugardiman said one of the concrete efforts that have been taken What KLHK does is green recovery, which is to support communities at the site level to carry out climate change resilience through adaptation and mitigation efforts. In 2020, the Ministry of Environment and Forestry has a livelihood program, namely planting 15,000 hectares of mangrove trees, maintaining and repairing 76 Peat Forest Areas (KHG), delineating 5092 km of peat areas, establishing a peat management center of excellence, and in the next few years building a center for mangrove involving 3,014 communities. 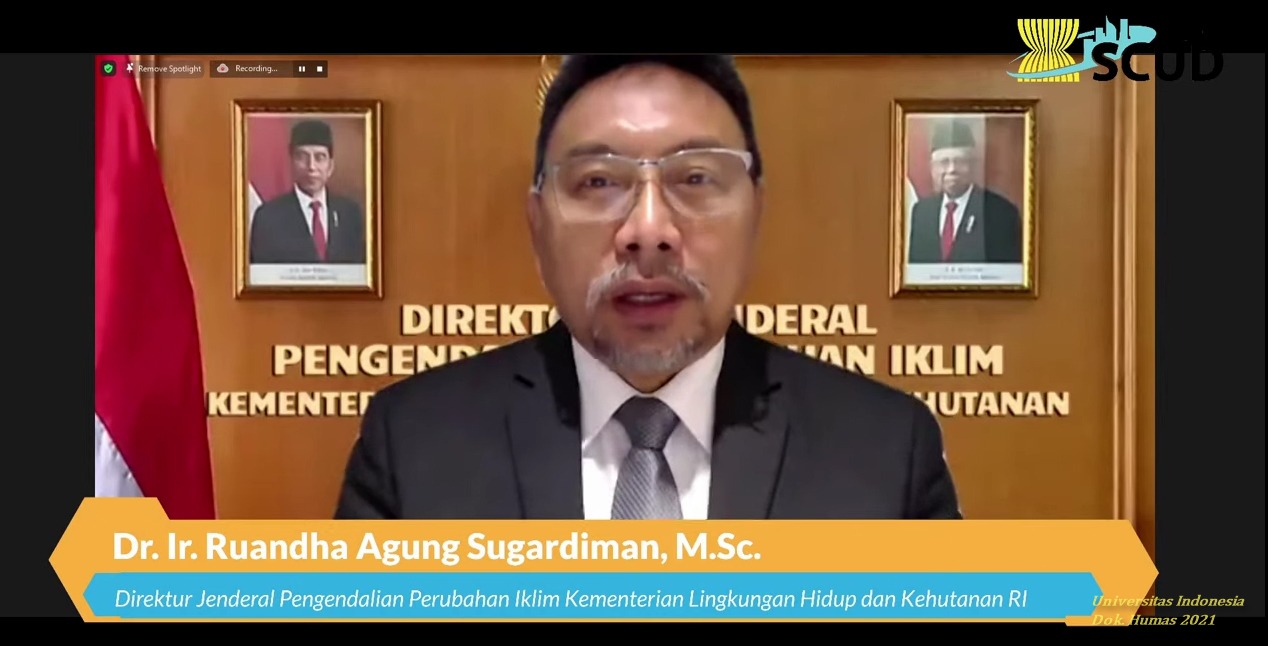 Indonesia is committed to reducing emissions from five main sectors, namely forestry, Energy, industrial processes and product use (IPPU), agriculture, and waste. This program invites universities in 50 countries from all over the world to become partners, where each partner university is asked to hold a webinar related to the climate crisis, its impact on its country, and proposed solutions that can be implemented by Dr. Mohammed Ali Berawi. He said that this event is a good opportunity to provide realistic optimism to students about climate solutions, such as how an ambitious Green Recovery based on regional and local actions can offer solutions to solve climate change by 2030.He hopes that through this webinar the UI academics will gain knowledge. to help implement Green Economy Recovery, Climate Solutions, and Just Transitions in the local context. 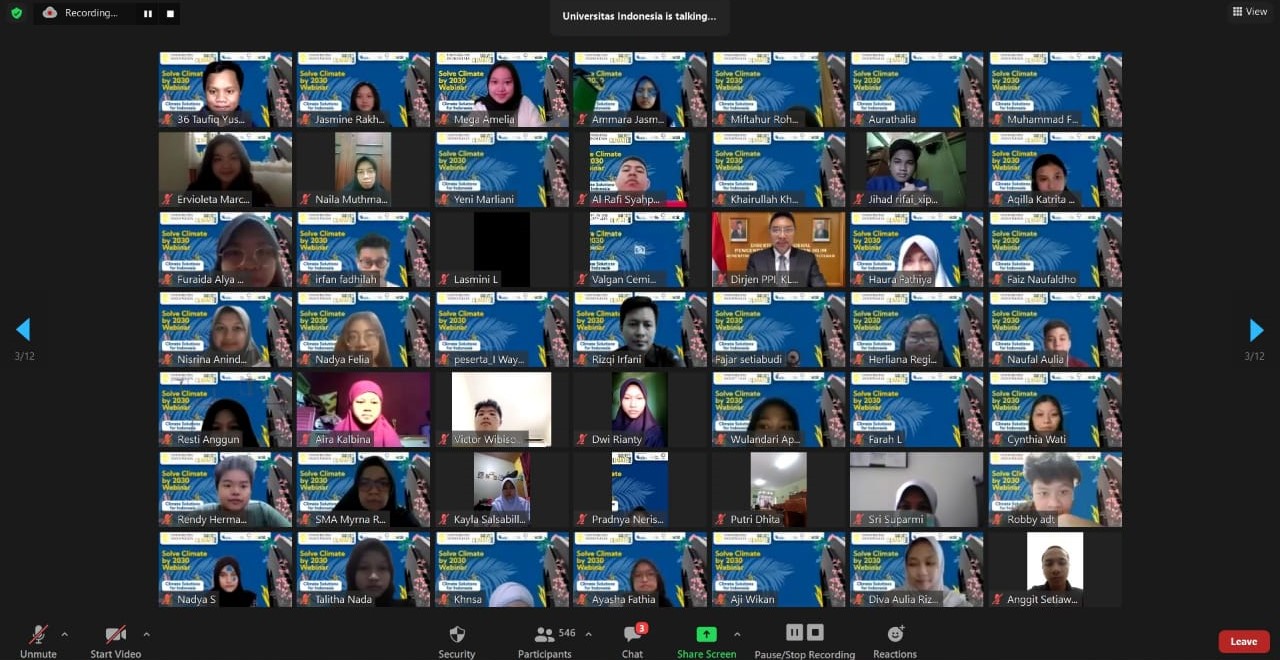